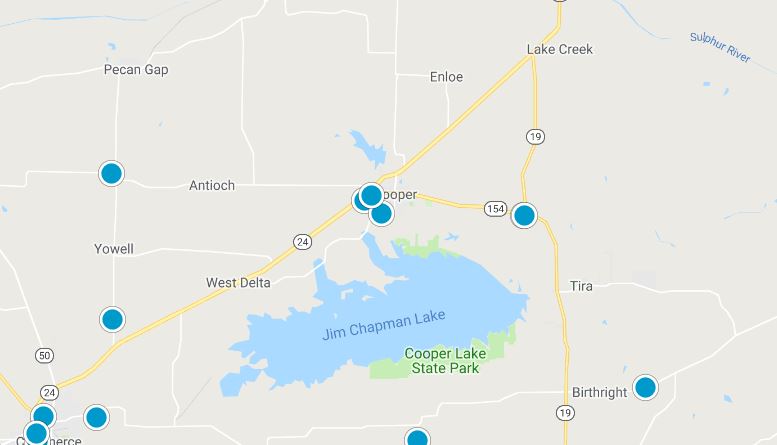 Curious about what’s happening in Delta County? You can create a custom market report to see what’s active, under contract, and sold in your area!

ALL About Delta County

Caddo Indians originally inhabited the area into the 18th century when disease and threats from other tribes forced them to leave. The Delawares, Quapaws and Seminoles continued hunting and gathering the area. By 1820, Hugh Castle, as well as others, migrated from the Northeast. The river boundaries as well as the western Jernigan Thicket made the county attractive to criminals as well as those seeking a new start. By mid-19th century Ben Franklin Village was well-established and the area flourished as part of three other regional counties before Delta, named for it's triangular shape was organized in 1870.

The county seat was appointed and named Cooper after Leroy Cooper, Chairman of the House Committee on County Boundaries, the same day as Delta Counties Inauguration. Though the county consisted of several communities and villages, only three towns were chartered. Nine manufacturing plants were in operation while corn, oat, cotton and sorghum crops held the leading position in production and yield. The acreage not used for crop land became useful for livestock, a risky business in a criminal plagued area. A plethora of fencing controversies broke out in the 1880s, Texas Rangers were sent after fence cutters, once caught, the criminals were charged with a felony and found themselves serving one to five years in a Texas state prison.

Year 1886 Railroad extended to Pecan Gap and Ben Franklin providing ease of transport for all product grown in Delta County. The Texas Midland Railroad built a line through Cooper breathing life into the communities of Enloe, Klondike, and Horton with stops at each point.

1910 - A 500lb meteorite hit the Earth near Charleston during the passage of Halley's Comet. Delta Counties claim to national fame during the 20th century.

One of the first areas hit by the Great Depression, Delta County's bank closed in 1927 and most residents moved in search of better opportunity 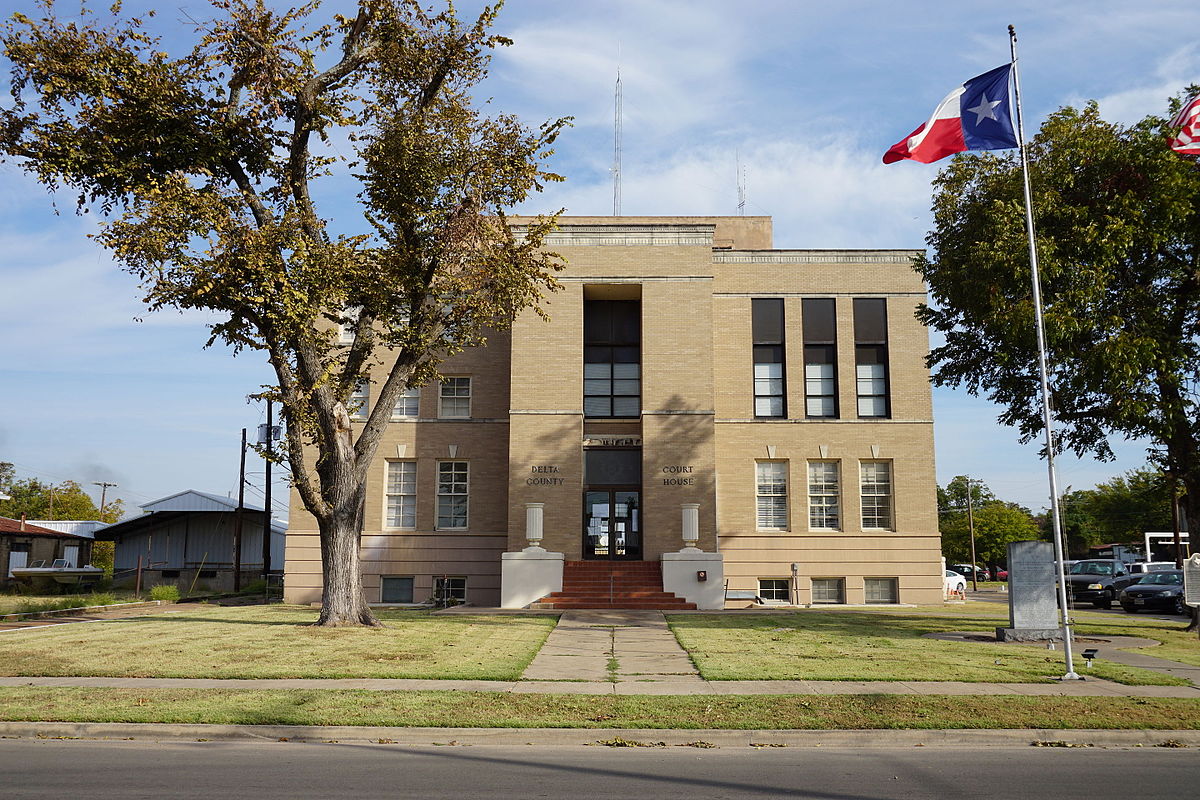 however, those that stayed found the bank to reopen and cotton returned to being the area's biggest cash crop after World War II. The Works Projects Administration helped recuperate and breathe life into other industries in the area hit by the Depression, the WPA put citizens back to work building a new courthouse and constructing all weather roads throughout the Northeast Texas region.

By 1982, farms and ranches continued to make up 81% of the counties acreage. Wheat crop production gained traction in the area and livestock continues to hold a majority of all farm and agriculture income in Delta County today.

5,200 people occupy the county and about half of those are gainfully employed with a median household income of $40,529, the second highest of the four county region. Transportation; Mining, Quarrying Oil

& Gas Extraction; and Real Estate Leasing report as the highest paying industries in the area. As historically proven, with ease of access to larger cities Delta County will continue being a tiny but economically important area to the Northeast Texas Region.

For immediate healthcare needs Carevide Medical Clinic in Cooper is available with personable hometown physicians while, two highly-ranking hospital facilities, a level 1 neonatal care facility, a certified stroke center as well as a wound care center of excellence are a half hour drive from Cooper. 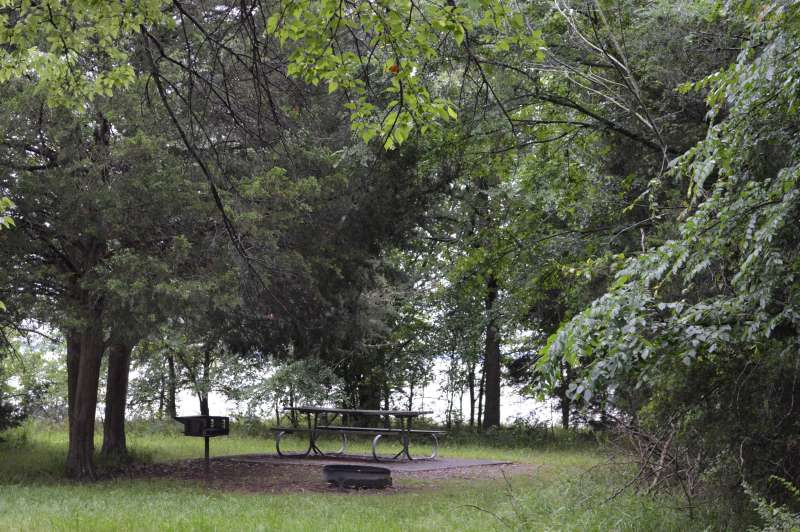 fishing and swimming/boating on Jim Chapman Lake ( Cooper Lake) is available, just to name a few activities. Besides a handful of historic sites and museums, most tourists enjoy the plentiful outdoor fun around Cooper Lake, which is not a surprise considering the warm climate of the Northeast Texas Region. A perfect atmosphere for hosting the counties annual fair and famous BBQ Cook-off and the Delta County Chiggerfest -5k run/walk every October,  both bring a crowd from all parts of Texas and neighboring states.

Come see what all the fuss is about over this small but, vibrant pie-shaped county. Stay awhile and call Chisum Realty & Auction to claim your stake in Delta County!