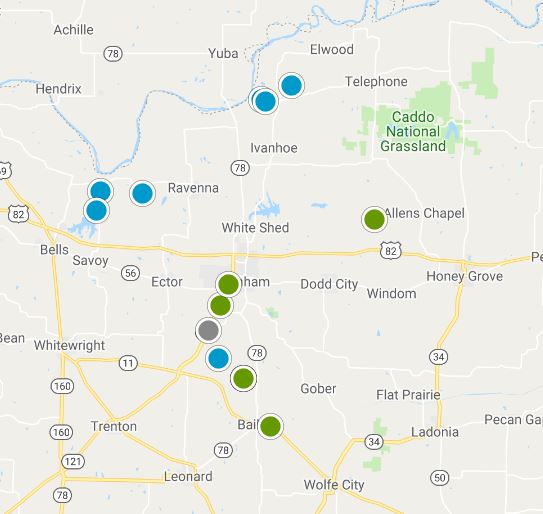 ALL About Fannin County

Occupied by Caddo Indians in the 17th century, 895 square acres stretch across rolling hills of steady topography making up Fannin County. Settled in 1836 by groups led by Dr. Daniel Rowlett and Daniel Slack, the area has experienced rapid growth. Because of this Rowlett petitioned the Texas congress on October 5th 1837 for a new county to be formed. The county was named in honor of James Walker Fannin Jr., a Texas Revolution hero. Ten years later present day boundaries for Fannin County were established and approved. 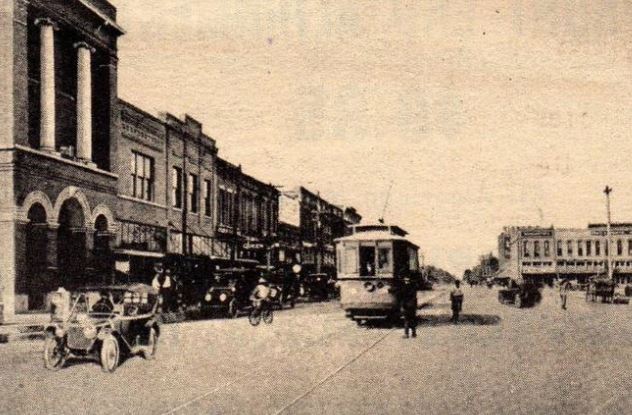 One of the oldest cities in Texas, Bonham dates back to 1837 as well, incorporated in 1848 originally named Bois d' arc; the town was later given it's name in honor of James Bonham who fought in the Battle of the Alamo. A statue of Mr. Bonham was erected in 1936 on the courthouse grounds and still stands today. Bonham proved crucial to the Civil War effort offering a confederate commissary where brigades drew supplies, hosted headquarters and staffed hospitals for housing wounded soldiers.

Historically the area depended on agricultural production for it's means of support, cattle operations in the leading position. Once railway transport crossed the landscape of Fannin County - the area began to grow immensely. Numerous businesses were started after the Civil War; 44 factories, five newspapers, a county bank, and several chartered schools and colleges employed and educated the 51,793 citizens of Fannin County in the early 1900s.

The Great Depression plagued the Nation and area farm values dropped fast by almost 50%; however the cattle business still showed promise. Into the 20th century the population dropped as availability of jobs, capital, healthcare and opportunity diminished. This is in stark contrast to the record growth and prosperity of the area today!

"Every little piece of property for sale is being bought and houses are going up whether on rocky or low land."

On average, population is rising by 2 percent annually.

The 21st century Fannin County economy still specializes in agriculture, utilities, and business management, however the top industries of Fannin County prove to be healthcare, manufacturing, and retail. Consistent 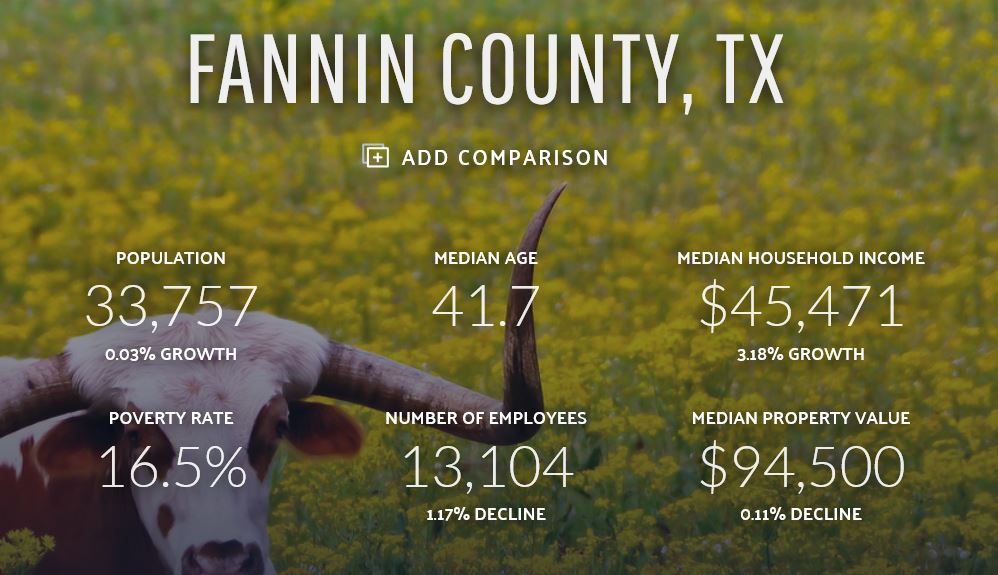 with other counties in the region, the highest paying are Mining, Quarrying, Oil & Gas extraction, utilities, and transportation. The median income in the area alone is $45,471 as of 2016, and rising rapidly as demand increases. 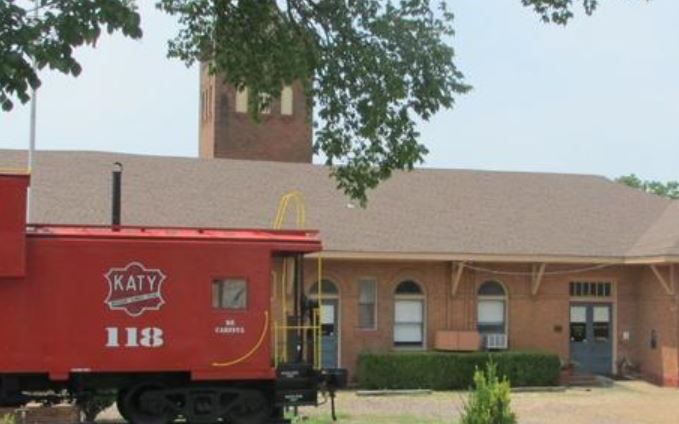 housed in the 1900 Texas Pacific Railway depot in Bonham exhibits date back to the 18th century. A special exhibit dedicated to area-native Sam Rayburn resides at this museum for the public to view, while it is a must see his library and homeplace are just South of town and worth a visit as well. 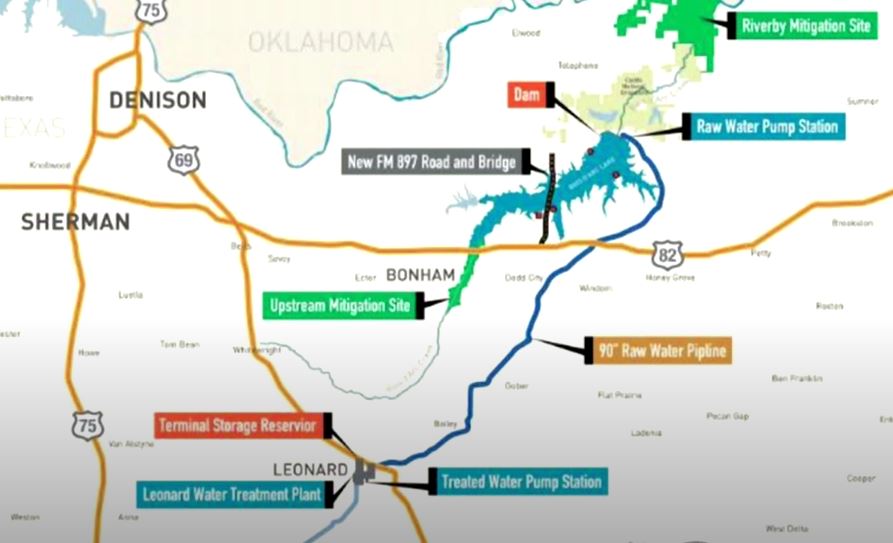 If that is not enough and in order to meet the growing water demand of the Northeast Texas region a 16,641 acre lake, Bois d' arc Lake will be completed in 2022.

Slow might be the pace for Fannin County right now but, not for long. Purchase property here and make not only a sound decision to improve your life day to day but, also a sound investment. Grow your money! Call Chisum Realty and Auction to invest in your very own 'land of opportunity'.